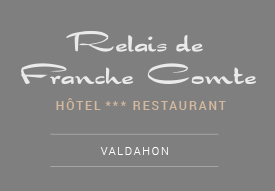 Besançon, the capital of Franche-Comté

20 minutes from the hotel

Close to the hotel, the city of Besançon is a must-see. When Julius Caesar conquered it in 58 BC, it was the largest town of the Sequani, a Gallic people who controlled a large territory in Eastern France. After the fall of Rome, the Frankish king Clovis I managed to unite the different Gallic tribes, and Besançon become part of the Frankish kingdom. In 888, it came under the guardianship of the Kingdom of Burgundy before becoming attached to the Holy Roman Empire. Ceded to Spain in 1654, Besançon only became properly French in 1674 after a siege lasting 27 days, in which Louis XIV and the Marquises of Vauban and Louvois fought. From this rich and diverse history, Besançon has preserved an extraordinary heritage.

Just after the French conquest, Louis XIV decided to improve the fortifications and entrusted Vauban with redesigning the citadel. When you visit it, you’ll be impressed by the monumental character of the building spread over 11 hectares and which offers a great view over the old town and Doubs. Considered to be Vauban’s masterpiece, it is a listed UNESCO world heritage site. It houses several large museums: the Museum of French Resistance and Deportation, the Musée Comtois, the Museum of Time (dedicated to clock-making, a regional skill), plus the city’s natural history museum and zoo. There’s lots to see and do: the Porte Noire (Roman triumphal arch from the 2nd century), the Gothic cathedral with its superb painting by Renaissance artist Fra Bartolomeo, plus numerous palaces and townhouses across the town like the Palais Granvelle, a former spa hotel. There’s also the Parc Micaud and Besançon City of Arts and Culture to discover. And to see the city from another angle, don’t forget a boat trip on the Doubs River. 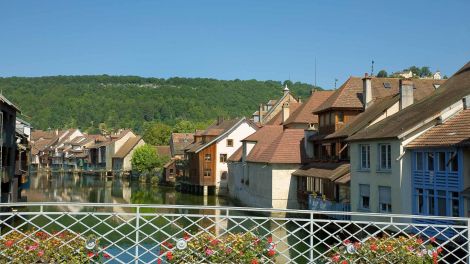 Our hotel located in Valdahon in the heart of Franche-Comté is the perfect place from which to discover the quaint and charming villages of Doubs and Jura, set against lakes, rivers, mountains and forests. The nearby cities of Besançon, Pontarlier, Morteau, Ornans and Baume-les-Dames are all worth a visit. 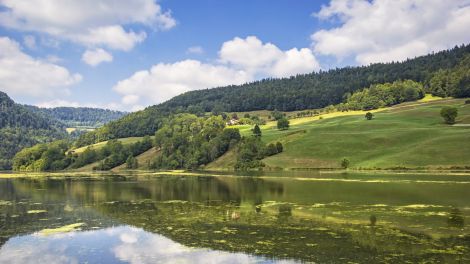 Make the most of your stay with us to visit the unmissable sites of Doubs. Discover the cliffs of Mont d'Or, the Doubs waterfalls, the Vallée de la Loue, the Lison spring, the Haut-Jura natural park and the rich architectural heritage of the beautiful towns in our department. 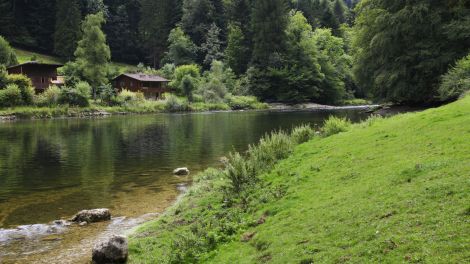 During your holiday in Doubs, you’ll never get bored with the countless diverse activities on offer. Enjoy hiking, mountain biking, climbing, paragliding, plus snow sports in the winter.

Discover all our offers